A bionic hand has allowed a young mother to do essential everyday tasks for the first time since losing fingers to sepsis.

“After eight months without the use of my left hand it felt fantastic being able to do tasks with it again,” said Niamh Boyle(32) who developed the life-threatening infection after the birth of her fourth child last year.

When she woke from a medically induced coma she was told she would have to have all the fingers on her left hand amputated; she also lost toes on her right foot.

Niamh, a mother of four from Co Louth, has spent the last week being trained in how to use the high-tech prosthetic iLimb at APOS (Atlantic Prosthetic Orthotic Services) in Co Galway.

She is now waiting for her bespoke hand to be delivered and allow her to live as normal a life as possible.

“The training with the prototype hand involved doing every day tasks such as peeling vegetables, picking up and putting down different-sized objects at different heights and opening various packets and boxes and bottles.

“They are custom-made by Touch Bionics in Scotland and this week I visited APOS in Galway who took the mould for it and I met the trainers.”

The silicone mould for her bespoke hand has been sent to Scotland to begin the process of making the inside customised socket.

The last task for Niamh was to go grocery shopping. “We went to a local Tesco with the Touch Bionics guys and I used the hand for pushing the trolley, putting items into the trolley, packing the shopping bags and lifting them into the boot of the car.

“It was a bit odd in the supermarket as I felt everyone was looking at me, especially because it wasn’t the finished hand so wires and tape were visible”.

“I am so excited to get the finished hand. I am going to miss it [the prototype] so much while the real thing is being made,” Niamh added. 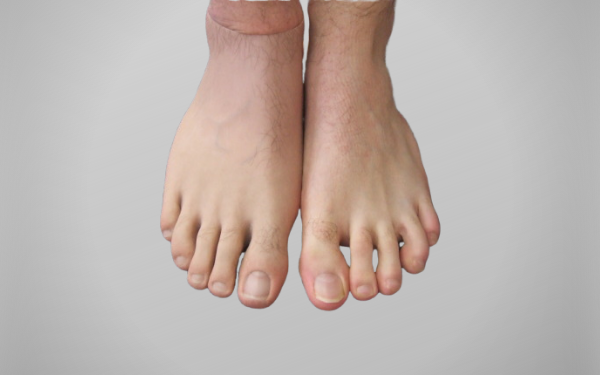 Partial feet provide great functional and cosmetic solutions within one device. Each unique partial foot can encompass a combination of materials with specific properties to aid comfort and mobility. Matched to the patient’s shape and skin tone they offer a highly natural looking, wearable solution for partial foot amputees.

Our specialist team will utilise specific casting procedures and the properties of a selection of materials to develop your prosthesis. Soft silicone gel pads can be used to relieve pressure in sensitive areas, while medical grade silicones protect vulnerable skin. Hand crafted utilising a comprehensive colour palate; the Multi-Colour option encompasses a great level of texture detail and includes a number of characteristics such as hair, moles, veins and freckles. 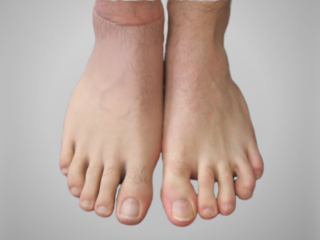 The Single Colour option offers a single colour product, hand-sculpted to mirror the shape, size and texture detail of the client’s sound side. Nails are selected to match the client and pre-set in colour comprising of a base colour and a white tip.

APOS Ltd is an Irish owned, specialist clinical, prosthetics and orthotics provider. We are involved in gait analysis and the manufacture and fitting of specific prosthetic and orthotic devices to clients with a wide range of pathologies.

We pride ourselves on our innovative and creative design and we strive to provide the highest quality services for our patients.